The deeper I get into these interviews, the more interesting folks I meet with things we have in common. Often there is a background correspondence going on as we discuss areas of interest that came up in the midst of the questions and answers. There's a certain camaraderie amongst writers that develops further as we recognize the parallels and similarities not only in our love of writing, but in our everyday lives as well.

Author, editor, and publisher Jan Edwards is one of those special people who is not only interested in telling stories, but eagerly fascinated by all manner of creative and imaginative pursuits. We both agree that whatever else enriches your everyday world eventually finds a niche somewhere in your writing. It's been my experience that to bring characters and settings to life, you need to invest some of yourself and what you know in creating them. I think you'll find many little sparks of that same sort of spirited nascent energy as you read through the following interview, so that you'll definitely want to check out both Jan's own work and that of others who are published by her company, The Alchemy Press.

Also, if you are an aspiring writer, make sure you re-read and commit to memory her spot-on insight dealing with how to offer your work to the right publisher at the right time in the proper manner. That is experience speaking from both sides of the desk, and the only other way to learn it is the long and hard road paved by numerous rejections.

WRITER TO WRITER
An interview with author
JAN EDWARDS 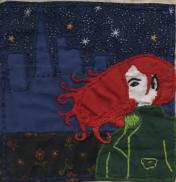 Ah—this is the question that always has me running out of words. What can I say? I was born in Sussex (UK). My father was from the Scottish borders and my mother from Wales, so that makes me something of a mongrel, but all Celt. Not much else to say on me other than that I live close to the Peaks National Park with my husband Peter Coleborn, and we run The Alchemy Press. I am also involved/published by Penkhull Press, a writers’ collective in the Midlands region.

As for my writing, well I am passionate about folklore and local myths and legends and it is that passion which influences my writing at just about every level. To date I’ve had around forty short stories in print, most of which are in the dark fantasy/horror arena. I never set out to write horror, it just happened. I suspect this is because most tales from the past are innately dark. When you read from something like the Mabinogion, for example, or even Greek classics, they are not exactly brimming with happy endings. Reading so many of those old tales has influenced my writing—or perhaps shaded would be a better term. Folklore is also a fabulous reservoir of themes and plotting devices that I plunder on a regular basis.

I was short-listed for a BFA for Best Short Story in 2011 with ‘Otterburn’ (Otterburn was reprinted in my supernatural collection Leinster Gardens and Other Subtleties in 2015). More recently, The Alchemy Press Book of Urban Mythic 2 has been short-listed for the BFA Best Anthology, the results of that will be out in October 2015. 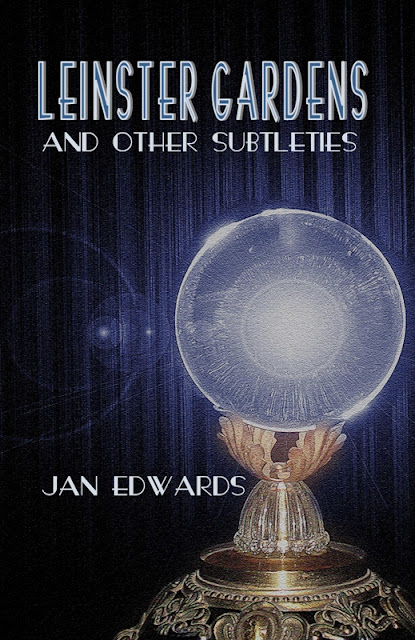 What does short listed mean? Basically a book/story/press is nominated and voted into the final five in a particular field. They are then presented to a panel of judges for a final verdict. It is a long and nail-biting process!  Hope that makes sense... 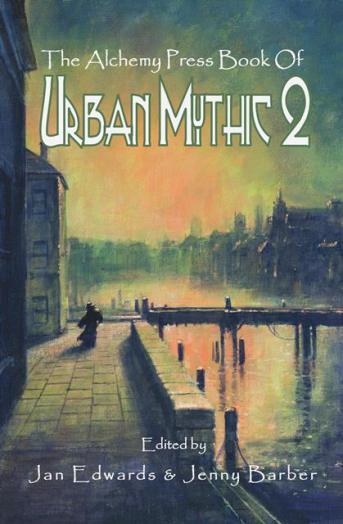 The Alchemy Press won Best Small Press in 2014, and was short listed in two others. Alchemy Press has been shortlisted in four categories for 2015: Best Small Press for Alchemy Press; Best Collection for Nick Nightmare Investigates by Adrian Cole; Best Anthology for Urban Mythic 2 co edited by myself and Jenny Barber; Best Non-fiction for Touchstones by John Howard. There is also a Best Short Story nom for ‘Change of Heart’ by Gaie Sebold from the Wicked Women antho published by Fox Spirit, also edited by Jan Edwards and Jenny Barber.

My mainstream novel Sussex Tales also won a Winchester Slim Volume prize in its original incarnation. Prizes are fun to have and yes, they confer infinite bragging potential!

There are many tales in editing but very few that I would like to repeat! Editing has given me a very different perspective about how to behave when wearing the writers’ hat. Not just for the nuts and bolts of writing itself (though I am getting a little better at punctuation) but for the process of getting into print.

I find myself reading and rereading guidelines a dozen times before I send anything. Why? Because the way a manuscript is submitted really matters. Okay, I am launching into rant mode here so skip to the next question if you are at all nervous about submitting work. Here goes.

Believe me when I say that just laying out your manuscript in the way the editors have requested will always put you up there in the top 10% of running, and just writing to the market will gain you another gold star.

If an editor states no zombies, it means they genuinely do not want to receive yet another story about surviving the zombie plague...  Which brings me to the pitch—having edited anthologies I have gained a far greater concept of what one needs to keep in mind; the greatest of being keep it short and be polite. It costs nothing to be nice and maintaining a level of professionalism matters.

Writers who claim not to read books are a mystery to me, though I come across them all the time. It makes no sense. I read all manner of books. I do love the classics and re-read Pride & Prejudice at least once every couple of years. Reading a lot of crime at the moment because that is what I am currently working on. 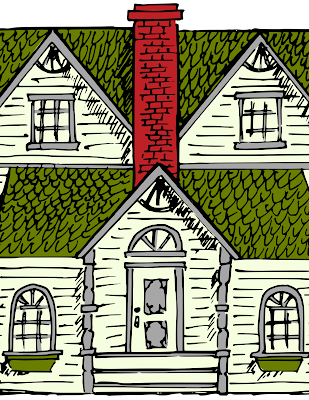 I am less and less drawn to trad fantasy, not because I don’t like it but because I don’t have the time to commit to the current trend for multi-volume story arcs. I hear a lot of writers maintaining that they need the space to build their world yet most of my favourite books from the sixties and seventies were stand-alones of no more then 200 pages—often less! Series as opposed to serial is fine, but they are getting harder to find. Hence reading more dark fantasy/horror and crime fiction.

Favourite authors? That is an ever-changing list. The authors I rated in my teens are not who I read in my thirties. My tastes have moved on again and will undoubtedly keep on changing until I fall off the perch. Always had a soft spot for Daphne Du Maurier. I admired the way she wrote in so many fields with equal grace. Though writers were seldom as pigeonholed in her day as firmly as they are now. I adored Michael Moorcock’s books back in the late 60s early seventies—a classic case of fantasy world building with great economy of words! Anne McCaffrey was always a delight. Again a case where each book could stand alone, and most, especially in the early days, were quite short. I loved the work of Robert Holdstock. Mythago Wood should be compulsory reading for any fantasy writer! Jo Walton is a fabulous writer, as is Joanne Harris. But there are a hundred and more who are equally enthralling. 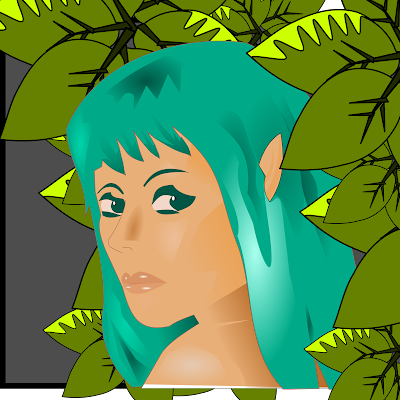 I always feel it unfair to pick a few names over the many because if you ask me tomorrow when I am in a different mood I might pick another half dozen authors who struck a different chord with me entirely.

I am something of a dabbler! I float from one absorbing subject to another and back again. Yes I love folklore and mythology. I like to collect local myths and country customs (many of which are attached to folklore). And yes I like to cook, though as I am somewhat slapdash I’d never win any prizes. As there are a lot of professional chefs and cooks on both sides of my family I guess it’s just passed on knowledge. (Though my mother was a lousy cook—so not sure who I learned it from!) 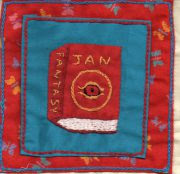 I like pottery and sculpting though not dabbled in that for a while; and pottery has raised its head in several of my short stories. I have mad binges in applique and embroidery in winter months because I can sit and do that in front of the fire. All of my sewing is done by hand—I have a machine but not keen—too clinical for me when it comes to creating fabric art. There are pictures of applique blocks I have been making for a family heritage quilt on my blogsite.

Yes I love gardening though my garden is of the wild and rampant variety—I have a habit of buying plants and wondering where to put them when I get home. No planning, just a huge hotch-potch of shape and colour. The gardening also extends to plant lore and herbalism and from there to healing. I am a Reiki Master and have diplomas in meditational healing, flower essences, herbalism and other associated bits and pieces. (I suspect that also comes from searching out ways to alleviate the effects of a long term illness.) 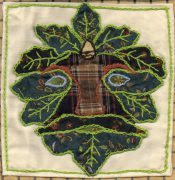 I have read tarot since my teens. I am into many things. I was a keen biker for example, and only sold my last bike about four years back. I suspect If you asked most writers you would find they have an interest in all kinds of artistic fields and non artistic ones as well. The things we do colour our writing in all kinds of ways.

I always have new projects on the go! Just putting the finishing touches to another short fiction collection. This one will be titled Fables and Fabrications and will be out sometime between autumn of 2015 and early spring 2016.  I have several novels in gestation. An urban fantasy series (as yet untitled) which is with an agent; a crime novel titled Winter Downs, set in WW2, which I hope will be out with Penkhull Press in early 2016, and a possible steam-punk Holmes novel, though that one has been ‘in edit’ for a long while so not worrying about that too much at present. 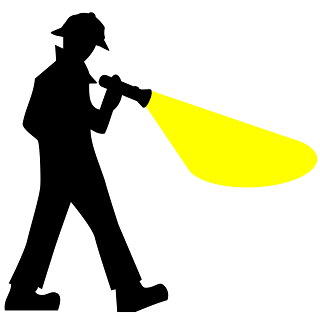 My collection of supernatural fiction Leinster Gardens and Other Subtleties is out with The Alchemy Press  https://alchemypress.wordpress.com/  available in paper and digi formats. And as I’ve already mentioned a second volume Fables and Fabrications will be out with Penkhull very soon. Penkhull also has my main stream novel Sussex Tales in their list. http://www.penkhullpress.co.uk/

A full biblio can be tracked down on my blog at https://janedwardsblog.wordpress.com/

Thanks so much for sharing your work with us!

Thank you for asking! 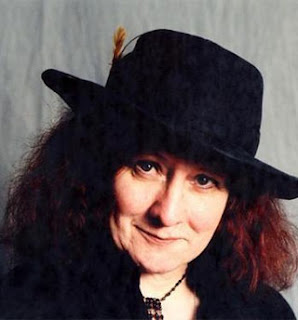 You can find Jan Edwards' author page on Amazon US HERE. Her Amazon UK page is HERE.

Nancy A. Hansen
Author and editor, I am currently published by Pro Se Press, Airship 27, Mechanoid Press, Flinch Books, Wolfpack Publishing, and Occult Detective Magazine. You will find my books on Amazon.com in both paperback and Kindle, Barnes and Noble online in paperback and Nook, and Smashwords in just about any other E-format you can imagine. I'm on Facebook and Twitter, so come friend me! I have a presence on and Goodreads too. 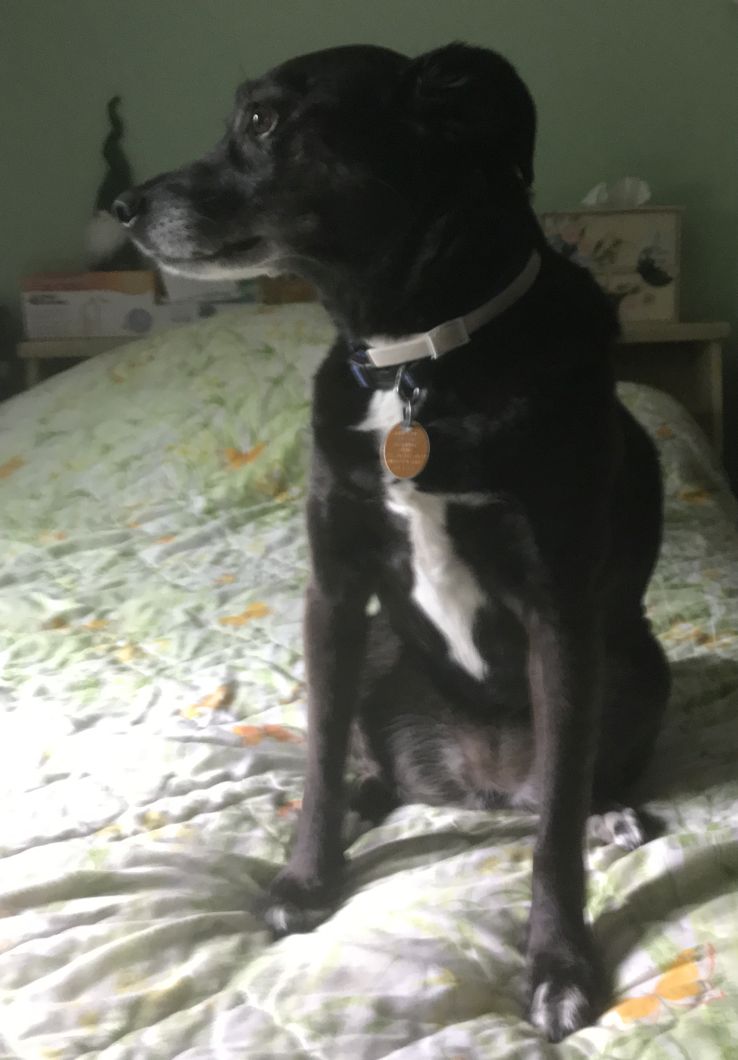